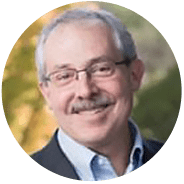 Isaacs teaches five MBA and Executive-level courses at UC Berkeley, and has instructed over 2,000 students.

In addition to his work at UC Berkeley, Isaacs has taught Executive-level courses for more than 75 corporations, government agencies and other groups in the US, Europe and Asia.  His courses focus on leadership, marketing, and technology strategy.

Prior to joining UC Berkeley, Isaacs held positions as a marketing and technology executive at public and private companies in Silicon Valley. Before coming to Silicon Valley, Isaacs was Senior Scientist at the NASA Johnson Space Center in Houston, Texas.  He holds BS and MS degrees in Geochemistry from the University of Michigan.

MS, Geochemistry, The University of Michigan

MS, Geochemistry, The University of Michigan