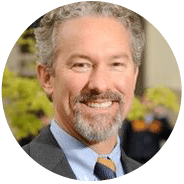 Rich Lyons is a Professor of Economics and Finance at the Haas School of Business, where he served as dean from 2008 to 2018 and acting dean from 2004 to 2005. In January 2020, he became the first Chief Innovation and Entrepreneurship Officer for the University of California, Berkeley. In his new role, Lyons oversees development of the campus-wide ecosystem for innovation and entrepreneurship, including patenting and technology licensing.

As dean of the Haas School, Lyons led a sweeping culture initiative that drove the school’s historic strengths more deeply into admissions and other critical processes with a set of four Defining Leadership Principles: Question the Status Quo, Confidence Without Attitude, Students Always, and Beyond Yourself. He oversaw the development of Connie & Kevin Chou Hall—a new academic building funded entirely by alumni and friends—as well as attracting eight of the 10 largest gifts in school history. Lyons forged stronger ties with other UC Berkeley colleges and departments with a focus on dual degree programs combining business with STEM fields, including the new Management, Entrepreneurship, and Technology program with Berkeley Engineering. In 2018, he was awarded with the Berkeley Citation, given to individuals whose contributions to UC Berkeley go beyond the call of duty and whose achievements exceed the standards of excellence in their fields. Lyons also received Berkeley’s highest teaching honor in 1998.

Lyons’ research and teaching are mostly in international finance, though his more recent work explores how business leadership drives innovation and the importance of culture in shaping organizations. From 2006 to 2008, he took a leave from Berkeley to serve as Goldman Sachs’ Chief Learning Officer, focusing on leadership development for managing directors. Prior to joining the faculty at UC Berkeley in 1993, he was an assistant professor at Columbia Business School. He received his BS in finance from Berkeley and PhD in economics from MIT.

The Berkeley-Haas School of Business: Codifying, Embedding, and Sustaining Culture

The Microstructure Approach to Exchange Rates.

The Berkeley-Haas School of Business: Codifying, Embedding, and Sustaining Culture

The Microstructure Approach to Exchange Rates.