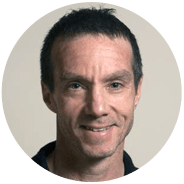 Steven Weber, Professor at the School of Information and Department of Political Science, works at the intersection of technology markets, intellectual property regimes, and international politics. His research, teaching, and advisory work for the last decade have focused on the political economy of knowledge-intensive industries, with special attention to health care, information technology, software, and global political economy issues relating to competitiveness. He is also a frequent contributor to scholarly and public debates on international relations and U.S. foreign policy.
Steve went to medical school at Stanford then did his Ph.D. in the political science department at Stanford. He served as special consultant to the president of the European Bank for Reconstruction and Development and has held academic fellowships with the Council on Foreign Relations and the Center for Advanced Study in the Behavioral Sciences, and was Director of the Institute of International Studies at UC Berkeley from 2003 to 2009.
Over the last 20 years Weber has advised multinational companies, government agencies, and non-profit organizations on risk analysis, strategy, and business forecasting in the areas of international political risk, technology, and global economic change, in part through The Glover Park Group in Washington DC.  His books include The Success of Open Source, The End of Arrogance: America in the Global Competition of Ideas (with Bruce Jentleson) and Deviant Globalization:  Black Market Economy in the 21st Century (with Jesse Goldhammer and Nils Gilman). His most recent book (October 2019) is Bloc by Bloc: How to Organize a Global Enterprise for the New Regional Order.
Academic Background