The Latest Topic for Programs Spreading Throughout Berkeley 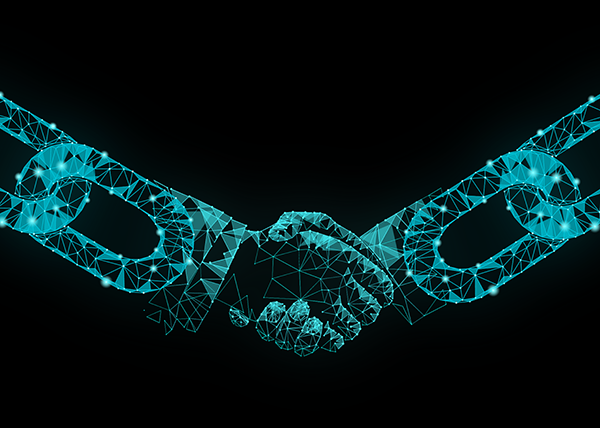 Cryptocurrencies are the latest financial technologies with rocketing profits that have the world buzzing. Everyone seems to be getting involved: investing, mining, and of course, making big money. We’re engrossed in watching bitcoin prices surge and plummet, discussing crypto like Litecoin and Ethereum on Facebook, and browsing r/CryptoCurrency on Reddit: our nation is invested.

But all this excitement doesn’t make the tech any less confusing. This stuff is complicated. If blockchain is going to change our world, we need to know something about it. What even is blockchain? Is it the same thing as bitcoin? Can you invest in blockchain? Let’s find out.

In essence, blockchain is a public record of various transactions. It is a decentralized, distributed database unlike a centralized trust like a bank. Anyone can access the database and view transaction records. Users are also able to initiate transactions without the aid of a third party or intermediary, such as banks or lawyers. As values(i.e. bitcoin)are exchanged, the record is timestamped and linked to all of its previous transactions. These individual ordered records are called blocks. As blocks are exchanged, new blocks are created and linked to every previous exchange in a chain. Hence, blockchain.

There are quite a few benefits to this system: it is transparent, secure, decentralized, and significantly more efficient. Blockchain is public, everyone has the same access to the database, anyone can edit the information within their permissions, and the entire process is efficient and fast.

How does it work?

Centralized trusts like banks keep track of what belongs to who to avoid fraud. But there are downsides: banks aren’t always secure, and clients often have little privacy. Digital signatures are an attempt to solve this problem.

A digital signature is an encryption that links an account to any information it is applied to. It is completely unique to its owner. The signature is created by generating a public and private key: your private key is known only to the person that made it, but the public key is visible alongside the information it is applied to. Private keys allow participants to write files and edit only parts of the blocks, but not falsify transactions or change records.Transactions occur between public keys, and the value of what the key accesses is transferred.

A user encrypts any document or message they’d like to send with their digital signature by applying both public and private keys. The public key connects the two participants and the private key authenticates and privatizes the transaction. Private keys can’t be falsified, making these encryptions more secure and more private than banks.

Is it the same as bitcoin?

Bitcoin and blockchain were originally introduced in 2008 by Satoshi Nakamoto, bitcoin as a digital currency and blockchain as its platform. Blockchain acts as the public ledger for all bitcoin transactions, a separate entity from bitcoin. Blockchain is the accounting mechanism for bitcoin.

The answer is no. Blockchain facilitates the transfer of currencies, such as bitcoin. It records and saves information about various transactions.

Why is everyone so excited about it?

The ability to digitally record transactions publicly, securely, and efficiently in this manner is unprecedented. Blockchain is unique in that it shields messages, documents, contracts, or any grouping of information from deletion and editing. It provides fast and free interaction between users without mediaries, and ensures that the information held in blocks is valid and authentic.

Blockchain is advanced tech accessible to anyone. It can speed up online transactions, minimize fraud, and increase privacy.

So, does this mean that blockchain is the future?

Blockchain enables the existence of exciting new cryptocurrencies, but its ramifications reach far beyond finance. A secure, private system for sharing information could be beneficial for voting, healthcare, contracts, and government efficiency.

This technology is not disruptive: it is foundational. This means that blockchain won’t dramatically change existing structures, rather it forms new foundations for economic and social systems. It’s hard to tell what the future of blockchain looks like, but it certainly has a lot of potential.

Ok, but how do I make those huge profits? Can I invest in blockchain?

While you can’t directly profit or invest in blockchain, you can invest in companies that are utilizing it. Nor can you “mine” for blockchain like you can for bitcoin. When you mine for that lucrative cryptocurrency, you’re essentially creating digital algorithms that sort through massive amounts of data. If your program is good enough and gets a correct output, you are rewarded with a new block in the blockchain and with Bitcoin.

UC Berkeley Haas and Berkeley Executive Education Professor Gregory La Blanc is developing and teaching a new UC Berkeley course CS 294–144: Blockchain, Cryptoeconomics, and the Future of Technology, Business and Law. The class is a triple listed class among three top Berkeley colleges: Berkeley Haas, Berkeley Center for Law, Business and the Economy, and Berkeley Electrical Engineering and Computer Science. Popular demand for the course made acceptances into the course extremely difficult: only 25% of applicants were accepted into the program.

UC Berkeley is listed as one of the best schools in the nation for its Blockchain course. Gregory La Blanc, foremost expert in financial strategy, argues that one of the strengths of his course is its interdisciplinary nature: “In my view, there are a lot of projects and startups, especially in the blockchain space, that will struggle because the founding team has inadequate breadth. By bringing all three groups together, we hope to increase lateral learning, accelerate the development of new ideas and increase the likelihood of success.” La Blanc hopes to achieve this breadth by drawing on the strengths of the engineering and law departments.

>Yet one of the major attractions of Blockchain and Bitcoin might also become a pitfall: the hype. As of now, “there’s too much money and not enough talent,” says the founder of the exclusive “Blockchain at Berkeley” club, Max Fang. Because there is so much available profit, there is little focus on the technology. There are certainly “bubble” like characteristics in Bitcoin and Blockchain investing trends, according to La Blanc: “unsophisticated investors, a new asset type, and not much liquidity” (SF Gate). But beyond the excitement of cryptocurrencies, Gregory La Blanc knows that Blockchain will facilitate some very “transformational businesses.”