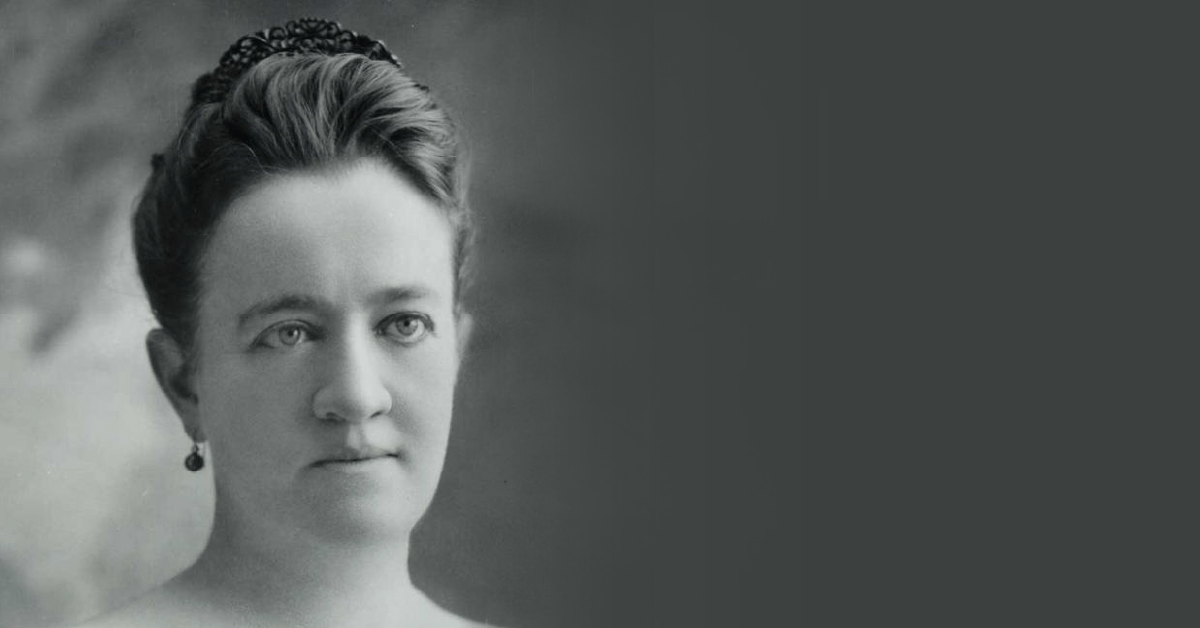 The UC Berkeley Haas School of Business is the product of invaluable contributions and work of women throughout its history. In recent years, the Haas School of Business has prioritized efforts to increase the diversity of race, gender, ethnicity, ability, background, and thought in its student body, faculty, and staff. In the spirit of this important campaign, Berkeley Executive Education is highlighting some of the many women that made UC Berkeley the success that it is today during National Women’s Month. One of these instrumental women was Cora Jane “Jennie” Flood.

Berkeley Haas was founded on September 13, 1898. It is the second-oldest business school in the United States and the only B-school founded by a woman, Cora Jane Flood. The daughter of silver baron and University of California Regent James Clair Flood, Cora donated land to the university specifically to support the study of commerce. At the time, her gift was worth one million dollars. Today, it would be worth more than $31 million.

James Clair Flood is best remembered as one of the "Bonanza Kings," a group of four men who built their riches from mining silver in Nevada and starting a San Francisco stock brokerage called Flood and O'Brien. The Flood family legacy lives on through his riches and Bay Area mansions, however, one could argue that the most laudable testament to the Flood family was the donation made by his only daughter.

On September 13th, 1898, Cora Jane Flood wrote the following to the UC Regents and the California State Legislature:

Gentleman: I hereby tender you the following property: the Flood residence and tract of about five hundred and forty acres near Menlo Park, California; one-half interest in about twenty-four hundred acres of marshland adjacent to the residence tract, and four-fifths of the capital stock of the Bear Creek Water Company, which supplies water to Menlo Park and vicinity.
The only conditions I desire to accompany this gift are that the residence and reason-able area about it, including the present ornamental grounds, shall be kept in good order for the period of fifty years and the net income from the property and its proceeds shall be devoted to some branch of commercial education.
Yours truly, Cora Jane Flood

The magnitude of her gift was neither lost on the Regents nor the Governor of California. In response to her deed, Governor James H. Budd wrote the following:

Miss Cora Jane Flood,
Dear Madam: On behalf of the Regents, we thank you most heartily for your magnificent gift to the University of California, announced to-day. We appreciate it for its great value, for its high purpose–commercial education being in the line of the most recent and most beneficial university expansion–for it freedom from hampering conditions, and as being the spontaneous expression of your own generosity and broad impulse to benefit the State of California. And we rejoice that this noble gift will not only bring to yourself lasting honor, but will also perpetuate the name of your father, so long the esteemed Treasurer of the University.
Yours very respectfully, James H. Budd, Governor of the State of California
Martin Kellogg, President of the University of California

Indeed, this “noble gift” has served thousands of students, facilitated ground-breaking research, and supported the luminaries who have led and influenced both the economy and the wider world. Cora Jane Flood’s gift of 540 acres and a Menlo Park residence was UC Berkeley’s largest private contribution in the university’s then 30-year history and has since paved the way for over 22 Nobel laureates, 41,000 alumni across 80 countries, and top-ranking undergraduate and graduate programs.

Cora Jane “Jennie” Flood is recognized and honored as the school’s first benefactor, without whom the Berkeley Haas School of Business wouldn’t be what it is today. Additionally, the Cora Jane Flood Award was instituted to recognize “an alumna or volunteer who has made a significant impact on the Haas School through their philanthropy.”