Yubo Ruan, Founder and Head of Investment at 8 Decimal Capital, and Co-Founder at Skylight Investments 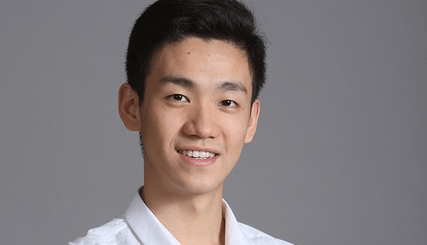 Drawn to the Frontier – Starting Companies to Solve Problems

At age 23, Yubo Ruan is not your typical entrepreneur or venture capitalist. He sold his first company while still attending high school in China, and is founder and CEO of 8 Decimal Capital, a $60 million investment portfolio firm with offices in San Francisco and Beijing, overseeing the growth of more than 40 portfolio companies. His multi-strategy investment firm focuses on financial technology and blockchain investments.

“I’ve always had a passion for frontier technologies,” says Yubo. Frontier technology is the next phase of evolution in modern technology – the intersection where radical forward thinking and real-world implementation meet. “I started 8 Decimal Capital because I wanted to invest in leaders and entrepreneurs who are developing disruptive products for daily use. I enjoy working on new and innovative technologies. Transforming an industry has always been a personal interest and passion of mine.”

For Yubo, a personal interest and passion for disrupting the norm came early. In primary school, Yubo read the book ‘The Top 100 Inventions in Science History’ from beginning to end. It ignited the inventor and creator in him. “I love to find engineering problems, and develop solutions to them. I look for problems to solve,” he says.

Yubo learned to code when he was six or seven years old. “My father taught physics and I had access to a computer, and at a young age I developed an interest in computing. I started buying books to teach myself how to code. I spent all my pocket money on buying more and more books. I bought books on computer languages C++ and Python, and books on robotics.”

Once Yubo got a taste for robotics, the fire was fueled. He built several robots, earning him recognition and awards at international competitions while still in primary school.

Passionate about innovating products for daily use, at age 10, Yubo developed his first generation of a new type of “piggy bank” as an interactive product to teach young children how to become financially responsible. Then in 2014 while still in high school, he founded Alisimba Technology Co., Ltd, a company focused on children’s entertainment and early education products, where a seventh-generation version of the piggy bank, dubbed Alisimba, served as a mobile payment interface for kids to learn financial management with real money. It was the first product of its kind. In 2016, Alisimba was acquired by a local technology firm.

After the acquisition, Yubo moved to the United States where he and a colleague founded the venture capital investing firm, Skylight Investment. In 2017, Yubo launched his own firm, 8 Decimal Capital focusing on token and equity investments to build the blockchain ecosystem. Blockchain is the record-keeping technology, similar to a digital record of transactions, behind the cryptocurrency and bitcoin network. He chose this field because of its revolutionizing potential.

A vision for the future of blockchain

According to Yubo, “Blockchain could become the backbone infrastructure of our financial system. It lowers costs in comparison to the current legacy banking system or other financial derivative systems. The smart contract agreement that is in use between users in blockchain has the potential to replace our current legal paperwork, with truthfully, almost zero execution costs.”

“I was looking online for workshops to help build my storytelling skills and I came across the UC Berkeley Executive Education Communications Excellence program. I read about it and became very intrigued so I signed up,” he says. The program gave Yubo a new perspective on how to communicate effectively.

“Professor Adam Leipzig taught us how to craft a story – that is, how to set it up, creating a beginning – with a middle that has a conflict or issue – and an end where the storyteller is the hero for solving a problem. I use this method all the time – it’s how I convey my ideas and tell stories now,” he says.

Yubo also enrolled in the Berkeley Executive Leadership program. “The Berkeley Executive Leadership program helped me understand the theory behind effective leadership. It also gave me the opportunity to connect to great leaders in the Bay Area and around the world,” he says. “One of my classmates was an executive from Google, we’ve kept in touch,” he says. “And I met some engineers from Apple and executives and engineers from Salesforce – valuable connections.”

Besides overseeing 8 Decimal Capital’s international operations, another activity that ignites his passion and pulls at Yubo’s heartstrings is mentoring other young entrepreneurs.

“When I started my first company, people were skeptical and pushed back; they didn’t take me seriously because of my age. Now I can give back. I like helping young entrepreneurs who are just starting out. We all do it – all the partners at 8 Decimal Capital – use our personal time to help others that are new to this journey. I have a lot of advice to share,” he says.

What’s next for Yubo?

Always focused on the frontier, Yubo’s next move is no different. “This is just the beginning of my career,” he says. “I don’t plan on always being an investor. My next step is to go back to my entrepreneurial roots. I will take a couple of years to study before I launch. I’m interested in either robotics, artificial intelligence or nonclassical computing, and life sciences or bio tech. I am going to start another company to solve engineering problems. It’s what I do.” 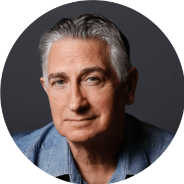