The Study of Irrational Decision Making 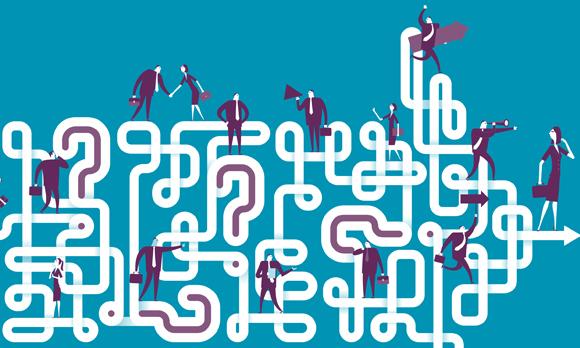 The Rational Choice Theory in economics theorizes that when humans are presented with a variety of options, they will choose the option that both maximizes their individual satisfaction and falls in line with their long-term goals. The theory assumes that individuals weigh costs and benefits, calculate best choices, know their own preferences, are immune to external forces, exercise perfect self-control, and can restrain impulses that hold them back from long-term goals. The individual defined by the rational choice theory is, above all, rational.

But, of course, people are irrational. Each of us has vast personal experience with the flawed motivations and decisions of not only our fellow human beings but ourselves. Why should we assume anything is different on a larger scale? For all the goals we set for ourselves- to lose weight, stop unhealthy habits, choose the right job, date the right person- we inevitably get in our own way, no matter how much we want to achieve them. We succumb to the tantalizing social pressures of our friends, advertisements, and our own impulses.

Behavioral economics is the study of irrational decision making: understanding how and why people make decisions that act against their own self-interest. This new way of thinking combines psychology and economics, arguing that irrationality is the true force driving human decision making. Behavioral economics provides a framework to understand when and how people make judgment errors and choose options with the greatest immediate appeal at the cost of long-term happiness. Psychologist and author of Thinking, Fast and Slow, Daniel Kahneman, says “it seems that traditional economics and behavioral economics are describing two different species.”

In 2008, markets did not behave according to rational economic models. The economic crash challenged assumptions that “human beings are capable of always making rational decisions and that markets and institutions, in the aggregate, are healthily self-regulating” (Harvard Business Review, 2009). Behavioral economics gained legitimacy; belief in human rationality crashed alongside the stock market.

Since then, behavioral economics has become even more widely recognized. University of Chicago professor Richard Thaler won the 2017 Nobel Prize for his work with behavioral economics. Thaler is a leading researcher in illogical decision making, particularly in the analysis of the United Kingdom’s vote to leave the EU. “Thaler has suggested that the theory can help explain how the narrow vote to leave the EU was influenced by guy choices, as opposed to rational decision-making.”

Another example of consumer decision making is Apple’s introduction of the iPhone. The price opened at $600 USD but later dropped to $400 USD. Consumers were more likely to buy when they believed they were getting a “good deal.” If the price had opened at $400, there would be no price comparison point, and Apple might have lost potential customers. We can’t know if this was on purpose, but if Apple had intended to adopt a behavioral economics perspective, they would start with the assumption that consumers don’t know how to value the pathbreaking product and so set up an inaccurate price point. By starting with a high initial price, they are anchoring consumers’ perceptions of a fair deal. It is therefore important to consider how the introductory price could influence the perception of value for a long time.

At its core, behavioral economics “attempts to integrate psychologists’ understanding of human behavior into economic analysis” (Psychology Today, 2017), where human behavior is governed by cognitive bias, emotions, and social influences. This line of thought can feel pessimistic: humans are consistently irrational and inevitably get in the way of their own goals. Instead, I think the discovery is for the greater good: this awareness allows us to create more effective products and services, generate greater customer happiness, and grow wiser about our economy and ourselves. If we are able to deepen our understanding of human decisions, motivations, and thinking, we can construct more accurate economic theories, create value for clients, and generate productive sales strategies.