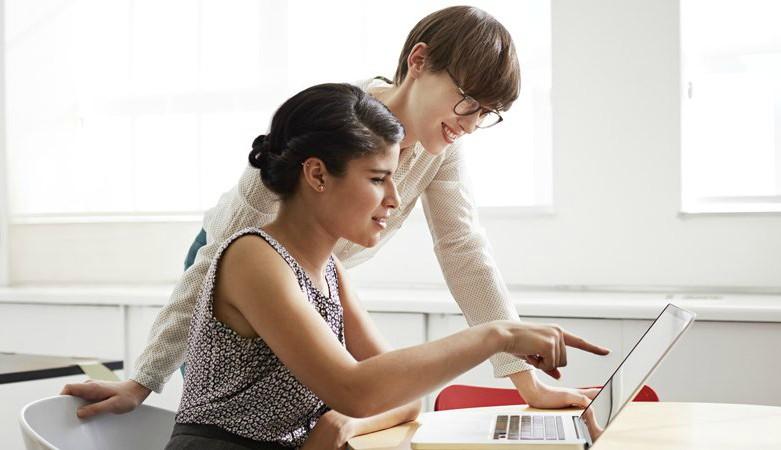 From Silicon Valley to Wall Street, there is a noticeable lack of women among top companies. Examples such as the now infamous “Google Memo” have received backlash and national news attention for arguing that the underrepresentation of women in tech is due to a lack of biological fitness for coding. Google found the posting offensive and fired the author, but the story left us wondering: why aren’t there more women in these top positions? Women remain an underrepresented force among executive positions and corporate boardrooms. According to a McKinsey study, only 14% and 15% of corporate boards and boards of directors are comprised of women, respectively. There may be championed examples of women in top leadership roles- Marissa Mayer, Sheryl Sandberg, and Indra Nooyi- but their successes may not reflect those of their female peers. 40% of MBA graduates are women (Harvard Business Review), yet they are not present alongside their male peers in the highest corporate positions.

Interestingly, when companies do employ female executives, they enjoy a higher profitability. In a typical firm, women in executive roles can generate an average of 15% increase in profitability (Harvard Business Review) compared to those with fewer female leaders. This phenomenon could be an effect of diversified leadership styles: women may approach obstacles differently, offer new perspectives, and role model for other women in their field. Jennifer Chatman, professor at the Haas School of Business and Berkeley Executive Education’s Women's Executive Leadership Program, researches the psychological phenomena of leadership, interested in the specific capabilities critical of a good leader. She determined that behavioral flexibility, self-awareness, group identification, cooperation, and consistency are qualities that aren’t necessarily gendered characteristics. Good leadership traits aren’t binary, and therefore any individual of any identity is capable of possessing them.

Take, for example, the process of negotiation. Professor Laura Kray challenges the perception that women are less successful at the negotiating table than their male counterparts. Instead, Kray argues, this imbalance “has little to do with women’s skill or ability and more to do with the circumstances” (IEDP). Kray encourages women to utilize their unique strengths, advocating for a change in the “paradigm of negotiation” (Kennedy and Kray) that would facilitate “cooperativeness, collective intelligence, and ethical behaviour” (IEDP) and allow women’s strengths to come forth at the bargaining table. Women are not less capable than men, but rather one is operating in an environment with significantly fewer barriers than the other.

The Women’s Executive Leadership Program, where both Jennifer Chatman and Laura Kray teach, does not train women to be like men in order to fit in with a male-dominated profession. Instead, it attempts to change the paradigms to fit a greater range of effective leadership styles. The most effective leadership styles are the most genuine, fostering internal growth that naturally leads to positive results. And such the program encourages this growth, working with female executives to expand their unique leadership abilities. These women must speak louder, clearer, and more frequently to create more space for more women in top roles.

Women are an important addition to any executive culture. The presence of female executives can be correlated to increased profitability, mostly through the incorporation of diverse leadership styles. Encouraging the natural leadership abilities of female executives is critical to introducing more women to these top roles and reshaping perceptions and environments that hinder the success of women executives.