Insights The Feminine Ambition: Why We Need Powerful Women

The Feminine Ambition: Why We Need Powerful Women

How did differences in the perception of ambition fall so neatly along gender lines? 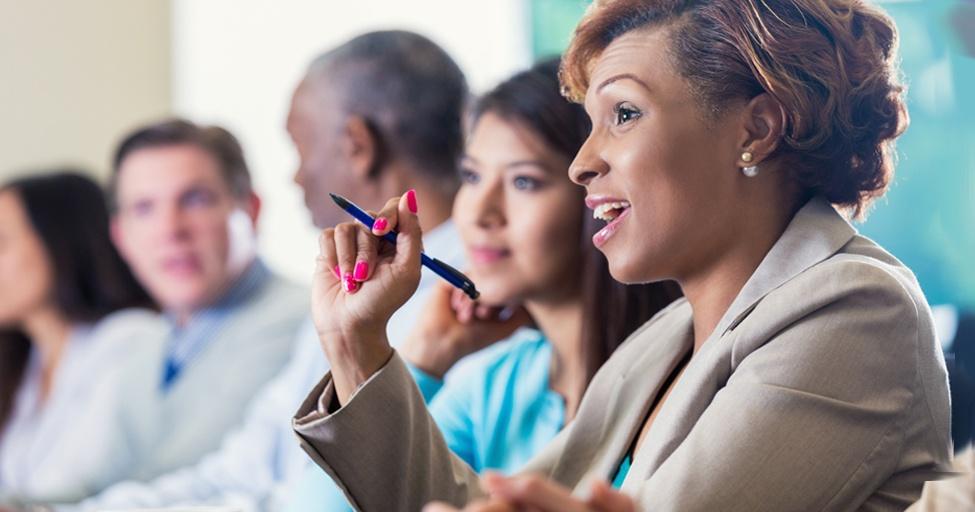 My parents recently came into town and took me out to dinner, providing a much-needed break from a hectic schedule of classes and work. We started talking about Berkeley Executive Education, which led to talking about my career aspirations, then to an entrepreneur friend of ours in the same field and how much I admire his achievements. To this, my mother said, “Oh, but that’s just who he is- we aren’t like that.” Why not? Why can’t we be like that?

My parents are smart, educated, and accomplished. They have worked very hard for many years for their well-deserved accolades: my father holds an MBA and my mother a Phd. In a word, they are ambitious. Our friend is also ambitious: he started his own company before eventually selling it while juggling family and a number of side projects. Their success inspires me to reach higher and go farther in my career-- I, too, am ambitious. I know my lovely and extremely supportive mother did not intend to question my potential, but I’ve been left thinking about that moment ever since. Why is this our knee-jerk reaction? And, more interestingly, why aren’t we more open about our ambitions?

Ambition is a classic double-standard characteristic, something we celebrate in male entrepreneurs and businessmen but use to invalidate women in the same position. Constituents don’t trust female politicians that are too “ambitious,” and powerful women are “unlikeable.” So, women qualify their ambitions.

How did differences in the perception of ambition fall so neatly along gender lines?

Dr. Laura Kray, Berkeley Haas Professor of leadership and Faculty Director of the Women’s Executive Leadership program, stresses the importance of adopting both masculine and feminine forms of power. She calls it a “dual power approach”: valuing leadership traits traditionally associated with women as well as men. Kray’s research looks at how fixed gender roles and gender-relevant beliefs affect our perceptions of each other. Dr. Kray argues that in our society, men and women inhabit predetermined (read: gendered) roles that are continually justified by our social expectations. These expectations are often formed by psychological stereotypes of who fills these positions: leaders are considered aggressive and dominant, traits normally aligned with men. Seeing women in historically male occupations introduces cognitive confusion and can threaten our understanding of fixed gender roles. This effect goes both ways: men are also siphoned into particular jobs. Kray’s research argues that in order to question the status quo, men should also feel comfortable moving into historically feminine roles.

This effect is not solely between genders- the perception of fixed gender roles is often internalized. Self-perception is often based on social stereotypes, and as a result, some women have a difficult time admitting their ambition. It feels “unnatural” because we just aren’t used to it. Studies have shown that “a person’s willingness to admit ambition is related to whether that person thinks they’ll be able to achieve the goal and what the value of the rewards are.” This is problematic for women, as sometimes they see less reward for their success as the “recognition they get for those successes is poorer and less predictable.” Or, maybe it’s the worry that admitting goals makes failure louder.

From my research as well as my personal experience, it can be difficult for women to admit that they want influence, money, and success. We fear that it may come off as threatening. The irony is that those who feel threatened by ambitious women absolutely should be: it is the year of the woman and we’re headed straight for the top.

Laura Kray, The Ned and Carol Spieker Chair in Leadership | Faculty Director of the Center for Equity, Gender, and Leadership, Haas School of Business
Laura Kray is a leading expert on the social psychological...
VIEW BIO