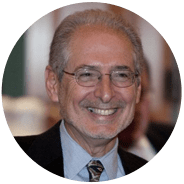 "The idea that life, when lived well, and business, when done well, is a win-win proposition resonates across cultures."

Jerome S. Engel is the Founding Executive Director Emeritus of the Lester Center for Entrepreneurship at Haas School of Business. He is an internationally recognized expert on innovation, entrepreneurship, and venture capital, lecturing and advising business and government leaders around the world. Most recently he has focused on lean innovation entrepreneurship and developing innovation ecosystems globally.

After a successful business career, Engel joined the faculty of the University of California at Berkeley in 1991 to found the Lester Center for Entrepreneurship and Innovation, where he last served as the Founding Executive Director Emeritus. At Berkeley, he fostered the creation of an internationally distinguished program that provides entrepreneurship education across the University and its community. Engel is currently a Faculty Director, teaching and leading executive programs at Berkeley Executive Education.

He also serves as the National Faculty Director of the National Science Foundation's I-Corps, a US government program that develops entrepreneurial technology commercialization teams at leading universities across the United States. He serves on the Boards of Directors and Advisory Boards of several entrepreneurial ventures, venture capital firms, universities, and innovation centers around the world. An author and frequent speaker, he has been cited in the Wall Street Journal, National Public Radio, and other global media.

Jerry Engel’s awards and recognitions include the National Collegiate Inventors and Innovators Alliance Lifetime Educational Achievement Award, the Global Consortium of Entrepreneurship Centers Award for Outstanding Contributions to Advance the Discipline of Entrepreneurship, among others. His most recent research and publications focus on the nature in innovation processes in firms, communities and global networks. Engel’s recent book, Clusters of Innovation: Entrepreneurial Engines of Economic Growth Around the World explores the workings of entrepreneurial economies in Germany, Belgium, Spain, the United Kingdom, Israel, Japan, Taiwan, China, Colombia, Mexico, Brazil, and of course Silicon Valley. He is a CPA and received his undergraduate degree at Penn State University and his graduate degree at the University of Pennsylvania, Wharton School.

A Look Inside the Innovative Organization program

Global Clusters of Innovation: Entrepreneurial Engines of Economic Growth Around the World

A Look Inside the Innovative Organization program

Global Clusters of Innovation: Entrepreneurial Engines of Economic Growth Around the World