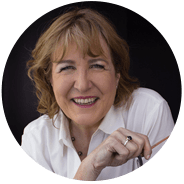 "Innovation matters. It’s the centerpiece of my work, my study & most importantly, my attitude. I believe ordinary people are capable of extraordinary things & that the world’s most intractable problems can only be solved together. No business or country can have exponential growth without innovation."

Maura O’Neill is a lecturer and distinguished teaching fellow at the Haas School of Business. Relentlessly focused on sourcing and scaling breakthrough ideas, she has been thrilled to grow businesses, teach, and mentor others wanting to make a big difference. In 2009 she was appointed by President Obama to be the first Chief Innovation Officer of the U.S. Agency for International Development. Serving until 2013, she was responsible for inspiring and leading breakthrough innovations in foreign assistance and development worldwide.

O’Neill is best known for adapting venture capital and drug discovery methods to global development by co-creating the Development Innovation Venture Fund that has expanded into the Global Innovation Fund. She served as a member of the White House Innovation Cohort assisting in innovation across the federal government. Prior to joining the Administration, she served as a Chief of Staff in the U.S. Senate. In 2019 O’Neill returned to the U.S. Senate to serve as Senior Domestic Policy Advisor to Senator Ron Wyden and the Senate Finance Committee on access to capital for women and people of color as well as combating bias and discrimination in AI/deep learning/algorithms.

A serial entrepreneur, O’Neill founded four companies in the fields of electricity efficiency, smart grid and customer info systems and billing, e-commerce, and digital education. In 1989, she was named the Greater Seattle Business Person of the Year.

Currently she is teaching at Berkeley Haas and previously at Stanford and Columbia University. She is a three time winner of the Berkeley Haas Earl Cheit Award for Excellence in Teaching. She advises start-ups, global companies, foundations and government agencies and co-leads the Aspen Institute Global Health Ideas Incubator. She has MBAs from Columbia University and Berkeley Haas and a PhD from University of Washington, where her research focused on narrow-mindedness and the errors it can lead to in science, medicine, business, and political decision-making. She helped found the public charter school Baltimore Leadership School for Young Women (grades 6-12) and continues to serve as vice chair that is the subject of an award-winning film, STEP.

How Does a Girl Make it Into the Boy’s Club?

What Amazon Got Right From the Start

The Next Mobile Revolution: Boosting Women’s Entrepreneurship Via Mobile Money

Gender and Workplace Perceptions Around the World: Evidence from the World Values Survey

How Does a Girl Make it Into the Boy’s Club?

What Amazon Got Right From the Start

The Next Mobile Revolution: Boosting Women’s Entrepreneurship Via Mobile Money

Gender and Workplace Perceptions Around the World: Evidence from the World Values Survey