Celebrating the Influence, Authenticity, and Success of Women in Leadership Roles

Professor Kellie A. McElhaney, Distinguished Teaching Fellow and the Founding Director of the Center for Equity, Gender and Inclusion (EGAL) at the Haas School of Business at the University of California, Berkeley. Berkeley Executive Education met with her to talk about her story to celebrate Women's History Month.

As a female leader, what has been the most significant barrier in your career?

KM: In general, I think my most significant barrier is having internalized all the negative "too" messaging that was directed at me from a gendered perspective -- "you're too bold, too emotional, too direct, too forceful" and made this a story that was told to me, instead of writing and telling my own story. I learned that being authentic is to "author" my own story. If I had done this twenty years earlier, I would have had 20 times the impact I am able to be now as my authentic self.

What are some traits that you think great leaders possess?

KM: The two traits that I believe the greatest leaders possess are vulnerability and curiosity. Being brave enough to show vulnerability in sharing parts of your inner self -- such as a difficult experience you have overcome, a non-visible challenge you may struggle with every day, or feelings of fear and insecurity. The power comes in your ability to connect with others on a human level. Their sense of safety will increase, and they will work harder for you and have a deeper sense of commitment. Maya Angelou -- one of my most admired leaders -- said that “as a leader they will not remember what you said or what you did; they will only remember how you made them feel.”

Curiosity is asking “why?” Asking others to share their lived experiences with you. And really listening to other people's stories. I once heard [Jenny Simon O'Neill, our Cal Associate Athletic Director] say: "always be an intern".

What do you believe women can do to make a substantial difference in shaping the future culture in business?

Professor McElhaney curated a custom leadership program with the King Abdullah University of Science and Technology (KAUST) for highly accomplished Saudi women that are leaders and decision-makers in Higher Education institutions in the Kingdom. The goal of the program was to equip female leaders with skills to assist them in introducing and driving change in both their institutions and on national and international levels.

What is the goal of the Women's Leadership program at the King Abdullah University of Science and Technology?

Saudi has never before had so many opportunities for women to advance into positions of leadership. The landscape for women in the Kingdom has shifted tremendously since we began teaching there in 2014. The KAUST Saudi Leadership Program (KSLP) supports King Salman Bin Abdulaziz Al-Saud's Vision 2030 in educating a new era of women in leadership positions throughout the country and increasing not only the representation of women in leadership but also women's success as leaders.

What challenges does the King Abdullah University of Science and Technology face in regards to gender and culture?

While KAUST was started at the behest of King Abdullah as a model of the future -- the first and still only co-gender global graduate research institution in the country -- all eyes continue to watch intently. In many ways, KAUST led the way for cultural attitudinal change as well as the changes in law to grant more and more freedoms to women. They did this by setting bold goals from the outset: be the first university to offer doctoral programs for women; develop a pipeline by offering science training to high school girls for the first time; and reach out beyond the campus to offer skills to women in the broader community such as financial literacy, career development, and leadership training.

What are some notable outcomes that you saw after the completion of the program?

I always describe the program as watching a rose garden bloom. The women come in not knowing one another and not having had much in the area of formal leadership training, so there is a certain amount of trepidation. By day two, I see a room full of buds, and by day six, there is an explosion of camaraderie, energy, largesse, powerfulness, bold goals, and a deep network not only of professional women across the Kingdom, but friends. It truly is one of the most beautiful teaching experiences I have ever had.

I was just back in Saudi for a day of teaching this month. One of the women came to me and said she was a participant in 2014, and not a day goes by where she does not think about and use the learning, strategies, tools, and mostly the stories she learned in our program. She is now the highest-ranking female to ever lead at her medical school.

By investing in female leaders, every aspect of an organization flourishes. The skills that Professor McElhaney encourages in women -- leadership training, building networks of other women, driving change -- have a positive impact that ranges from an individual to an international level. Achieve more with a custom professional development program like the KAUST Women's Leadership program. 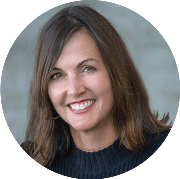 Kellie A. McElhaney, Lecturer | Founding Director of the Center for Equity, Gender, and Leadership, Haas School of Business
Kellie McElhaney is on the Berkeley Haas faculty as a...
VIEW BIO