From Zenith to Nadir, and Back Again: Finding a New Reality 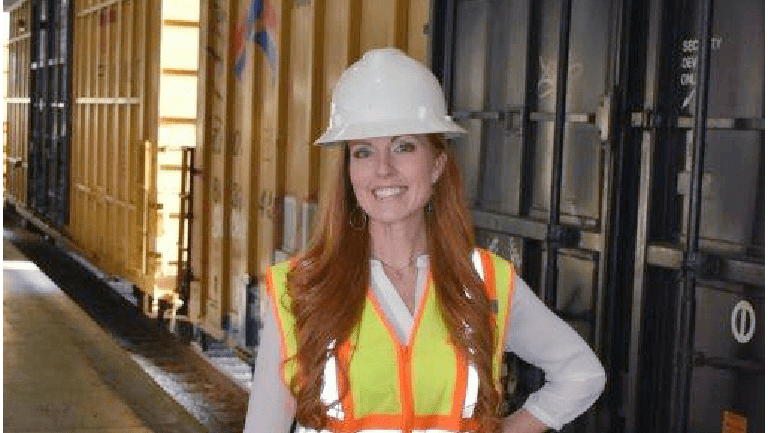 In her mid-20s, Dawn had forged success as a stockbroker, riding a wave of financial success that she’d worked very hard to create at a young age. Suddenly she lost everything – from the clothes on her back to her speech, her memory and the ability to work. This is the story of one woman finding a new reality while climbing her way back.

From adolescence, Dawn observed both of her parents hold full-time jobs while raising their family with a steadfast rule that one of them had to be home every night for dinner, no matter what.

“I know it’s cliché, but my mother is my role model. Near my third-grade year, she went back to work. My mother didn’t have a college education and didn’t have savvy computer skills, but she worked her way up to becoming head of the IT department at Intel in Folsom, California. My mother wasn’t afraid of being the only woman in a male-dominated industry. She had the drive and believed that to be a great manager she didn’t need tech skills, she needed to be good at managing people.

Dawn’s parents also encouraged her to be the best version of herself, to work hard and to stay humble. “My parents instilled in me that anything is possible,” she says. “They’ve been married for 41 years. The model that worthy goals take work – and that anything can be accomplished.”

The women on Dawn’s mother’s side of the family, the Robinsons, share the same drive for success. It started with Dawn’s maternal grandmother and her four children, three of whom were female. “We strive to be superwomen,” she says. Whether it’s tending to family needs, helping in the community or overcoming obstacles to drive their careers to new heights, the Robinson women have it. “When the women in my family accomplish or achieve something big, which is typical for us, the men in the family laugh and refer to it as the Robinson girls’ way!’”she says.

A family that jokes together wages bets together.

“After high school, I wasn’t sure what I wanted to do. I knew I wanted to work with people of all ages and coach others. A family member teased me, saying that I would not do well in psychology and I wouldn’t make it,” she says. “That was all it took – the bet was on. So, I got a degree in psychology on a family bet.” Dawn wasn’t necessarily interested in starting her own psychology practice – but she won the bet – and ultimately, she knew that the skill of understanding people and human behavior would serve her well, no matter what her future held.

Then she became a stockbroker.

A friend mentioned to Dawn that there was plenty of money to be made as a stockbroker. “At that point in my life, I wanted to earn a lot of money, so I set my sights on financial gain. My parents had instilled the value of being financially savvy – to work hard now and play later,” she says.

Dawn underwent extensive occupational testing, training and rigorous interviews in her pursuit to be a stockbroker. Within three years she had earned multiple certificates in trading and achieved the role of Senior Financial Services Representative and Correspondence Specialist at E-Trade Financial. A short time later, she received two job offers, one in New York on Wall Street and one in North Carolina. She was nearing the apex of her earnings, but something else was getting her attention.

“I had some health issues that were starting to get serious. I thought the symptoms were related to a stressful career and not focusing on my health. I questioned if my drive for success was depleting my immune system.” Dawn turned down the job offers on the East Coast and put the drive for financial gain aside to focus on her health.

“My health depleted, and eventually I lost everything; I could no longer work and moved back in with my parents,” she says. Dawn was traveling to doctors at Stanford Medical Center in Palo Alto, California, going to Arizona four times a year to see specialists, and making appointments with regional doctors.

Eventually, the diagnosis came. Dawn had severe mold toxicity, traced to mold living in the walls of a former residence. The mold was growing in her body and impeding her ability to function.

“I was bedridden for a period of time. The little things that we take for granted – like breathing – took thought. My vocabulary and overall memory suffered. I was an onlooker, as my friends grew their careers, got married and started families. Meanwhile, I was working through the red tape of collecting long-term disability, reviewing medical bills, living with the fear of leaving the house because of my health, and wondered what my future would hold,” she says.

Dawn had to work with a speech pathologist to relearn how to communicate. An enormous void developed –for five years she couldn’t work.

Then, slowly, as her health began to improve, Dawn tapped into that formidable Robinson girls’ way and began to rebuild her life. “I literally told myself to put on my big-girl pants and start over. I had a lot of self-doubt about not working for five years. I feared I wouldn’t find work again, or that I wouldn’t be able to perform at the level I once had,” she says. “I had to make starting over a goal.”

Getting Back in the Game

Presuming she had to take an entry-level job, Dawn applied for a customer service position at Sunrise Manufacturing, a manufacturing company within the transportation and logistics community. She was called in for an interview, and to her surprise, the president and the owners of the organization wanted to meet with her. “They took a chance on me. Rather than the customer service position, they offered me a junior sales rep role, and in less than two years I became the National Director of Sales and Marketing.”

Dawn didn’t stop there. “I’ve been promoted again at Sunrise, this time to the Director of Customer Experience and Marketing, a role Sunrise created for me,” she says. “They wanted someone knowledgeable about the internal business operations, who also had experience with their customers; I had experience with both.” Dawn has been in the role for three years now and is the only woman on the organization’s c-suite.

None of that was planned.

“Don’t have too many plans,” she says as advice she would give to someone new in their career. “It’s important to be flexible and to be able to pivot and shift gears often and unexpectedly. Some of my sweetest treasures have been the unexpected events that have changed me. Since my recovery from mold toxicity, I suffered a serious head injury and survived a bout with cancer several years ago. I truly believe all the setbacks pushed me to strive for more and to appreciate what I do have.”

“If there’s any message I would give to someone younger, it’s never let anyone stop you from wanting more, desiring more, striving for more, no matter what obstacles you face,” she says.

“If I had to pick what I am most proud of, it is definitely going back to work fulltime after hitting rock bottom,” she says. Dawn’s bottom was multifaceted: it was financial, physical, mental and emotional. “I lost friendships, I gave up my idea of what my life would be, I let go of my hopes and dreams and my vision for the future. I had to let go of everything. I had to find a new reality.” For Dawn, going back to work was like an oasis after crossing an endless desert.

The other proudest moment for Dawn was attending the UC Berkeley Executive Education programs. “Given that I was scared to even apply for a job after being sick and without work for five years – then to be in a position where an employer wanted to invest money in me to help their organization succeed – that was an extremely proud moment,” she says. “People investing in others is truly to be treasured!”

Prior to the Executive Education programs, the last classes Dawn attended were for speech pathology and memory work during her health crisis. “Then, to find myself in the Executive Education programs – knowing I can mentally absorb the information while being surrounded by smart and capable leaders – that was a big moment. The people I met had a great impact on my journey, and on my life story.”

Other Women Leaders as Role Models

When it comes to Dawn’s female role models, Shelley Simpson, Chief Commercial Officer of J.B. Hunt Transport, Inc., holds a place in the ranks. “I met her at a transportation and logistics industry conference last year and she had a large impact on me. On LinkedIn, she openly acknowledges her team members by giving accolades to people at all levels. She’s all heart and extends that kindness and warmth beyond her own organization to shippers and vendors, and especially to other aspiring female leaders. She is one of the most powerful women in the transportation industry,” she says.

Dawn also follows Sara Blakely of SPANX, who was included in Time magazine's annual list of the 100 most influential people in the world and listed as the 93rd most powerful woman in the world by Forbes. “Sara built a great company on the ‘one size does not fit all women’ concept, which I deeply respect,” says Dawn. In the field of psychology and social work, Dawn follows Brené Brown’s TED talks.

A Vision for the Future

“In the future, I would like to see more women in executive positions, and within Board memberships, as well. More companies are recognizing the importance of having a greater percentage of women on the Board, but women shouldn’t be seen as a percentage, we should be seen as a voice.”

Currently serving as the Director of Customer Experience and Marketing at Sunrise Manufacturing, Dawn still holds national sales accounts and works on national contracts that she held while acting as a sales rep for the organization. She has covered various positions throughout the company during personnel changes and acted as the Interim Plant Manager for the company’s largest manufacturing plant. She not only seeks knowledge in day-to-day operations, but she also remains strategic and focused as the only woman on the senior leadership team. Reflecting back, Dawn understands that hitting rock bottom changed her life and shaped her into who she is today. Her Robinson girls’ way fortitude fueled her goal to pick herself up and start over again. And when it’s time to unwind and connect to herself, Dawn’s compass points to the water. “I run away to the ocean any chance I get. I love nature and water crashing. It is my serenity. It’s what I look forward to after the hustle and bustle. The waves take away the old and bring new life.”