Laura Kray is the Warren E. and Carol Speiker Professor of Leadership at the Walter A. Haas School of Business, University of California at Berkeley. Professor Kray sat down with ExecEd to discuss her research and ‘Women in Leadership: Dual Power Approach and Growth Mindset’.

ExecEd:  Today our interview is with Professor Laura Kray, who is the Warren E. and Carol Spieker Chair and Professor of Leadership at the Haas School of Business, University of California at Berkeley, where she has been on the faculty since 2002. Professor Kray has published over 50 articles examining how gender and cognition effect life experiences, including conflict resolution, morality, meaning making, and problem solving. Laura's research has been featured in a wide range of media outlets, including the Washington Post, National Public Radio, Harvard Business Review, New York Times, Financial Times, Slate, Forbes, Huffington Post, Daily Beast, Scientific American, Business Week and Time. Professor Kray is the founding Faculty Director of the Women's Executive Leadership Program, which she leads for UC Berkeley's Center for Executive Education. In addition, Professor Kray provides leadership training based on cutting edge research to organizations across the globe.

ExecEd:  Thanks for joining me today.

Laura Kray:  Delighted to be here.

ExecEd:  We're going to be talking a lot about power today, okay? I wanted to start out by asking you if you could share some of the more recent research you've done on power and how ones power position affects performance.

Laura Kray:  Sure. This is an exciting area of research for me, because what we've been studying is how people who may feel psychologically disadvantaged because of the role that they are assuming in a negotiation can overcome that disadvantage. To give you a concrete example, imagine a job candidate and a job recruiter. Most people would agree that irrespective of how many job offers that candidate has, this is a prototypical situation where the candidate may feel psychologically in the one down position.

What we find is that when the pressure is turned up in this situation it can lead people who are feeling like they are in the low power position, again irrespective of how many offers they have and what their alternatives are, what we are finding is that when you turn up the pressure in the situation by making it diagnostic of core abilities. If you go into the negotiation, you feel like how you perform in the situation fundamentally reveals something about your true core abilities as a negotiators, that that tends to trip up low power negotiators more than it otherwise would. It tends to give the high powered negotiator even more of an advantage when the pressure is on.

In our research, what we've done is we've explored how that disadvantage can be mitigated. Specifically what we do is we remind people before they go into these high stakes, high pressure situations to connect with their authentic self. What this means is to remind yourself of what your core values are, who you are as a person, what matter most to you in terms of your values, and doing so provides a buffer against the threat that can arise from being in a low power position.

ExecEd:  There are actual techniques to sort of help you in these kinds of pressure cooker situations?

Laura Kray:  That's right. We know that half the work in a negotiation takes place before you get to the bargaining table, so what we're doing is adding some techniques to the toolkit. Part of this is not just about expansive body posture and developing alternatives, all these great tools that already exist. What we're doing is helping people to realize that they are in the driver seat in terms of determining their own confidence and sense of preparedness in a negotiation. It really comes down to just reminding ourselves, affirming, our core values.

ExecEd:  Is this to juxtapose against stereotypes? I know I've read some of the research you do and you reference toxic brew and beneficial elixir and stereotypes and all this. Can you explain a little bit about what that all means?

Laura Kray:  Sure, yeah. I've been studying gender stereotypes and the effects that they have in men and women in competitive situations for about 20 years now. We all know that gender stereotypes exist. Whether they are true or not is not what we're interested in. What we're interested in is how the mere existence of a stereotype can lead people to under perform, can threaten their performance. If reminded that oh, most people think that effective negotiators are rational and assertive, and have a high regard for their own interests, these are all traits that if I were to poll 100 people most people would say that they associate those traits with men more than they do with women.

Just being aware of this stereotype can trip up women in their performance and lead them to leave more money on the table, to not explore as many options, to not ask in the first place. All of these ways in which we can feel threatened lead us to want to get in and out of these difficult conversations, negotiations, as quickly as possible. We've known for a long time that gender stereotypes affect performance and what this research does is it really builds on that foundational work by showing that you don't have to be a member of a stigmatized group, like women in negotiations, to experience the same psychological threat.

Just being in a situation where we tend to think about roles. Like I said, candidates and recruiters in certain ways, or sometimes we think of sellers as having inherently more power because they have the power to chose who they're going to sell something to than buyers do. Recognizing how power also flows and we have stereotypes about power just based on situational roles that what we're finding is that similar dynamics unfold. There are similar techniques by first of all, raising awareness of the threat before we go into the challenging situation and working to overcome the threat by making sure we get into the best possible psychological space that we can be in so we can perform at our highest level.

ExecEd:  I'm trying to get my head around toxic brew and I'm wondering if ... For example, for me personally, I hate going to negotiate for a new car. I don't like the whole process. Am a I tripping myself up? Am I kind of putting myself in a bad psychological state before I go in there?

Laura Kray:  Disliking the process doesn't help. Even people who don't enjoy negotiating, there are many steps that we can take before we get to the car dealership to feel prepared, right? Some of this is about doing our research and doing our homework and making sure that we understand what the right price is for a car, but aside from that there are all sorts of techniques that we explore and are developing which enable people to go into that situation feeling confident, feeling like they are up for the challenge. Seeing it more as a game to be played as opposed to something ... Where there's an opportunity for learning. Where there is an opportunity for win win for both parties to gain. It's the attitude that you take with you.

ExecEd:  Right. Instead of dread.

ExecEd:  So how is this environment, perhaps different, perhaps more challenging, for women?

Laura Kray:  There are a lot of similarities with Silicon Valley and other male dominated professions in the sense that, again, the default assumption has been that if women want to catch up they need to become more like men. The need to lean in, negotiate more, claim air time, they need to speak more loudly. All of these techniques are important and they do move the dial, but at the same time what we find with Silicon Valley is that this extremely fast paced dynamic environment that tends to be comprised of people who are progressive and forward leaning in terms of thought. What that can lead to, unintentionally, is a default assumption that we don't have these problems.

The male-dominated work force, the analytical, innovation focus, all of these sorts of characteristics can converge to make it very challenging for women to feel like they fit in and to have their voices heard. We're trying to change the conversation by, again, helping women to embrace their masculine power, it's what makes the world go round, and at the same time providing them some assurance that they don't have to forgo the deepest most authentic parts of themselves to be successful. That this voice, the way we've been socialized, the way girls play on a playground versus how a boy plays on a playground changes the way that we tend to approach problems that impact other people. Recognizing that value and that strength builds confidence and builds resilience when you do face the threats that inevitably happen in dynamic and highly competitive work environments and marketplaces. All of this combines to create a different image of what effective 21st century leadership is about.

ExecEd:  Especially in the technology field, and thinking of Silicon Valley, but in any place where there's a lot of technology and women. There's been a lot written about women engineers and still in these organizations you will find clubs or organizations that informally, organically appear within the organizations for women. Women engineers at, name the company. Men don't do that, right? What does that mean?

Laura Kray: That's the challenge of our time is to convince men that there's something to be gained and not just lost by embracing a more holistic view of what power is. So much of the fear and resistance seems to be rooted in a sense of loss, a loss of status, a loss of resources. In the work that I'm doing I'm finding that by shifting mindsets ... Those fears are most pronounced when we think of gender roles as fixed. When gender roles are presumed to be fixed then masculine is definitely better than feminine, but when we create a mindset of growth and a greater agility in terms of how we think about who does what, it's based on skill as opposed to plumbing. Then it opens up more opportunity and again those fears and those threats are quelled.

ExecEd:  Thank you Laura. This has been fascinating and I can't wait to read more of the research that you're doing.

Laura Kray:  Thank you. I really appreciate the opportunity to share this with you. 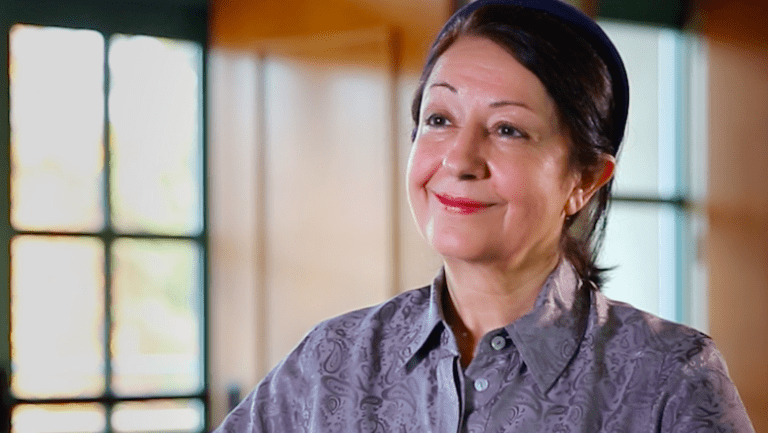 Survival, Adaptation & Flexibility: Lessons from the Silicon Valley
04.17.16
Dr. Homa Bahrami is an international educator, advisor, and author, specializing in organizational flexibility & team effectiveness in dynamic, knowledge-based industries. She is a Senior Lecturer at the Haas School of Business 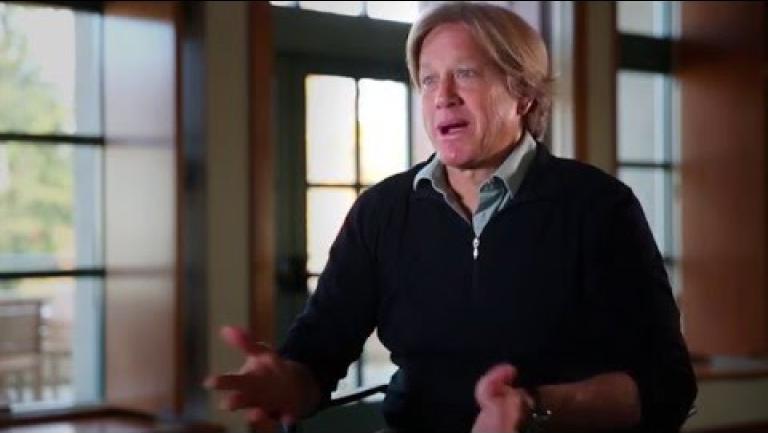 Social Science & Power Dynamics
02.23.17
Dr. Keltner's research and new book, The Power Paradox, focuses on the biological and evolutionary origins of human emotion, with a special concentration on compassion, awe, love, and beauty, 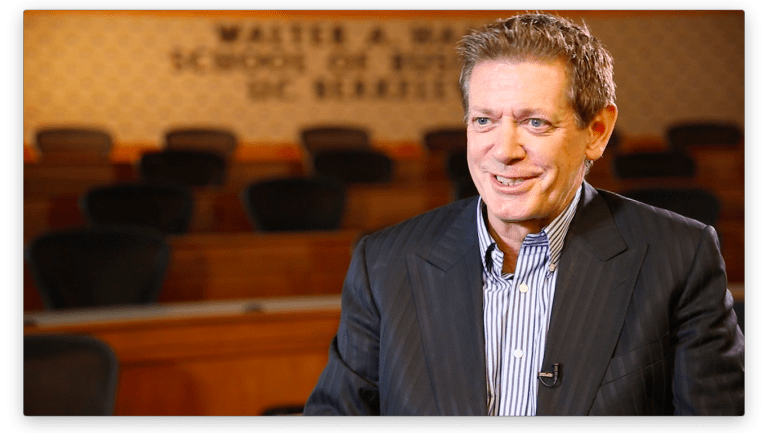