InsightsClosing the Innovation Gap on a Global Scale

Closing the Innovation Gap on a Global Scale 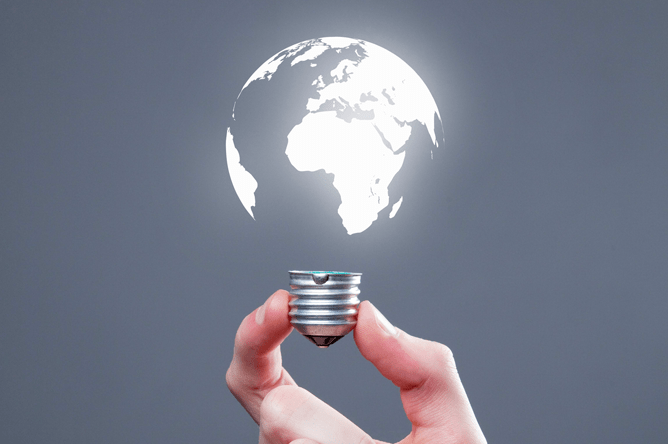 Closing the innovation gap on a global scale
Henry Chesbrough knows a thing or two about open innovation. In fact, he pioneered the concept that took the business community by storm. Now, “the Godfather of open innovation” shares insights into how this concept continues to evolve internationally.
Silicon Valley is a much revered locale, synonymous with innovation and producing more successful “unicorn” startups and ventures than any other region of the world. The unique material conditions of the Bay Area business ecosystem include university research and labs, venture capital networks, a rich talent pool and a regulatory environment that all combine to stimulate rapid and efficient business creation. Around the world, new innovation ecosystems have sprung up to try to replicate the “magic of Silicon Valley” in cosmopolitan cities like Tel Aviv, Amsterdam, London, Barcelona.
“But one of the challenges that remain is what is called ‘the innovation gap,’” says Henry Chesbrough, renowned Berkeley professor, whose open innovation theory has been adopted by hundreds of organizations. “There is tremendous science and technology, but there isn’t the same vibrant startup environment, the same new culture toward entrepreneurship we have in the U.S.”
Through his research at Berkeley and consulting internationally, Chesbrough is working to help bridge this gap, particularly in the technology sector. The problem, he says, is what happens after research and new ideas are generated -- how are exceptional ideas and information translated into marketable offerings?
Living labs and open innovation
“‘Living labs’ emerged out of Europe as an effort to close the innovation gap,” he says. Living labs are user-centered approaches to translating ideas into practical application and marketability. Underpinned by Chesbrough’s concept of open innovation, this approach bridges academia and industry and engages multiple stakeholders along the product development cycle. “The labs take the existing research and design projects concluded in a university setting, and find a place to nurture them further and bring them to life. Living labs are not traditional academic research labs, they’re a much more practical environment to work on these technologies and get them ready for use in industry.”
The practical applications of living labs are being used in exciting ways; for instance, with technologies and systems that address social and environmental improvements through “Smart Cities.” These initiatives test technological applications for urban environments with solutions that improve environmental sustainability, reduce social inequality and enhance the quality of life for residents.
“Municipalities like Barcelona, Amsterdam, Paris, are trying to put technology to work to really reshape the urban environment where people live, bring new sources of revenue to the city, save money or improve safety by using technology and experimenting through these labs.” Chesbrough is also researching applications of the principles of smart cities in regions of India through the Smart Villages initiative. Cities such as Vizag, India, which was sponsored by President Obama, is one such village being used to test a variety of engineering, architectural and technology advancements for the provision of a leading-edge infrastructure.
A new frontier for open innovation models
Chesbrough’s latest book, New Frontiers In Open Innovation, covers some unexpected sectors that have begun to employ open innovation tactics in exciting ways. No longer the exclusive interest of corporate business models, it turns out, open innovation principles can be be applied by nonprofits and public sector institutions. These organizational models in particular lend themselves to public-private partnerships.
“With the passage of the last thirteen years since writing my first book, I can say with confidence that open innovation is being used quite successfully in many developing economies and regions, such as Brazil and India, as well as other organizational sectors,” says Chesbrough. “A few cases in particular include nonprofits such as the Italian NGO ‘Emergency,’ which does work in conflict zones,” says Chesbrough. “Ashoka is a group of entrepreneurs doing great work stimulating entrepreneurs in developing economies. We’ve also looked at the city of Birmingham, UK at how they are using open innovation in the provision of social services.”
Thinking “beyond yourself”
Chesbrough believes the culture of UC Berkeley Haas and the Haas Defining Principle “beyond yourself” are perfect reflections of the open innovation model, with its inclusiveness and receptivity to knowledge and ideas. He also credits these values with being able to pursue the applications of his research toward helping solve global challenges. “Berkeley and the environment here are fantastic for this -- the idea of ‘beyond yourself’, taking a broader view than just ‘me, me, me.’”
Read more of Henry Chesbrough’s insights in his latest book, New Frontiers of Open Innovation, and in his InFocus podcast. This fall, take the opportunity to learn directly from Chesbrough in the classroom, at Corporate Business Model Innovation, only at UC Berkeley Executive Education. 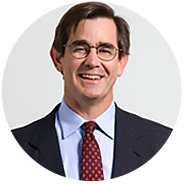 Corporate Business Model Innovation - A Look Inside the Program
04.07.16 | Video

Companies can no longer compete on hardware or products alone, global market forces are pushing even established industry leaders into the commodity trap

Dr. Henry Chesbrough is a professor at the Haas Business School (Garwood Center for Corporate Innovation), UC Berkeley, and executive director for The Center for Open Innovation