A Look at our Distinguished Female Faculty 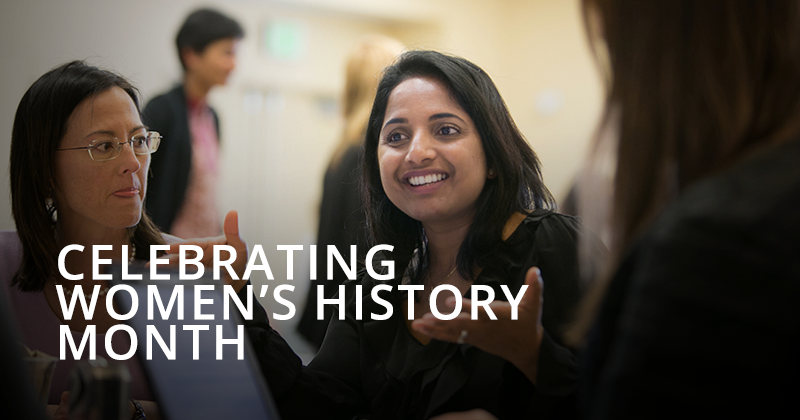 Women’s History Month began in 1980 as just “Women’s History Week,” dedicated to women’s contribution to United States history. Due to the week’s national popularity, Congress passed a bill in 1987 to declare March as Women’s History Month, celebrating women’s heritage, accomplishments, and place within our history and culture.

This Women’s Month, Berkeley Executive Education wanted to highlight our many brilliant and groundbreaking female faculty members. UC Berkeley Haas had prided itself on its gender equity: the MBA program was ranked #2 in the U.S. for women by the Financial Times, its Center for Equity, Gender, and Leadership was founded for the education of equity fluent leaders, and the annual Women in Leadership Conference brings together speakers that seek to create supportive work environments for everyone.

At Berkeley Executive Education, we have built upon this precedent of gender equity. Our Women’s Executive Leadership Program addresses the unique experience of female leaders within the workplace. As a society, we have made great strides and progress allowing women equal access to opportunities over the last half a century, but staying proactive is key for further advancement. Programs like this one can help executives discover their authentic leadership style, leverage their unique strengths, and negotiate power dynamics.

Dr. Laura Kray is the Faculty Director for the Women’s Executive Leadership Program, and her research demonstrates that women might not be as successful during negotiations because people are much more likely to lie to them. In her study, 24% of men lied to women during a role-play scenario, a much steeper figure than the 3% of men who disclosed they had lied to a male partner. Women were perceived as less capable of identifying mistruths, less competent, and more likely to be misled. To mitigate these effects, Kray suggests that women display greater scrutiny and confidence during negotiations. We created the Women’s Executive Leadership program for situations like these: by providing female executives the tools for effective leadership, we are both empowering women today and creating a more equitable workplace for the generations of tomorrow.

Another notable female BEE faculty member is Dr. Jennifer Chatman. Chatman is the Paul J. Cortese Distinguished Professor of Management and Faculty Director of the Leading Strategy Execution through Culture program; her research focuses on how an organization’s culture can drive growth, retain talent, and cultivate resilience.

In 2017, a ten page memo titled “Google’s Ideological Echo Chamber” was distributed on an internal mailing list by a senior software engineer at Google. The memo criticized the company’s “diversity and inclusion” initiative to promote women and underrepresented minorities in the tech space. Only about 20% of Google’s workforce identifies as female, and African Americans make up a staggering 1%. Google fired the employee shortly after the memo was leaked. In contrast with the memo’s author, Chatman argues that well-established political correctness norms within companies are correlated with increased creativity. Chatman has found that successful corporate cultures are not only closely aligned with their values, but are upheld and enforced. “You can have a culture in which people articulate values, but unless those values are actually upheld through supporting behaviors that are aligned with those values and sanctioning those that are not aligned, then you have what I would call a vacuous culture,” Chatman said. Chatman has gone on to educate companies like Uber on creating and maintaining effective organizational cultures. She and former Berkeley Haas Dean Rich Lyons wrote a case study on the Berkeley Haas culture, and how our Defining Principles have shaped the business school.

BEE is proud to highlight Dr. Jennifer Chatman and Dr. Laura Kray for their many accomplishments as we celebrate National Women’s History Month. If you’re interested in learning more about our Leading Strategy Execution through Culture or Women’s Executive Leadership programs, please feel free to visit us at www.executive.berkeley.edu or email us at executive@berkeley.edu.

Leading Strategy Execution through Culture Program. Award-winning, Paul J. Cortese Distinguished Professor of Management, Dr. Jenny Chatman, guides participants through a two-day intensive culture clinic to unleash the power of your organization and harness culture as a strategy execution tool. Driven by Dr. Chatman's research and consulting focus that has made her a leading international expert with clients across top Fortune 500 companies and global medium-sized firms, participants in this program will learn how to successfully lead and leverage organizational culture to accelerate their organization’s strategic vision. 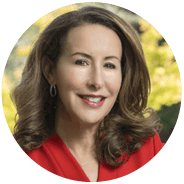