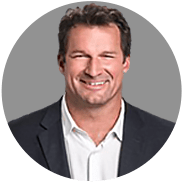 Prior to joining Berkeley and Parallel Advisors Kurt was a faculty member at the United States Naval Academy and founder of  Riptopia Digital Media where he served as CEO for 6 years.  During the 1990s Kurt flew F-14 Tomcats and was assigned to a fighter squadron at Naval Air Station Oceana in Virginia Beach. Injury cut his naval career short, and Kurt was honorably discharged, receiving a Navy Commendation Medal and National Defense Service Medal.

Kurt is the author of Grace Hopper and the Invention of the Information Age, published by MIT Press in 2010, which highlights the rise of the computer industry through the amazing career of Grace Hopper, the woman responsible for the development of computer programming. The book was in the Top 10 Science/Technology books for 2010/2011 and turned into a documentary by ESPN 30 for 30 in 2015. The book is currently being turned into a mini-series by Casey Affleck/John Middleton Productions.

Kurt earned his BS in engineering and history from the U.S. Naval Academy where he served as Brigade Commander senior year and played baseball for Annapolis.  He received an MA in economics and philosophy from Oxford University and rowed and played basketball for Oxford.  In 2002 he completed his PhD in the history of science and technology and economic history from UC Berkeley.  Born and raised by an immigrant working class family on Long Island, Kurt now makes his home in Marin County with his wife Johanna and two sons Charlie and Gus.

Discussion: Grace Hopper & the Invention of the Information Age

Are Entrepreneurs Born or Made?

Grace Hopper and the Invention of the Information Age

Discussion: Grace Hopper & the Invention of the Information Age

Are Entrepreneurs Born or Made?

Grace Hopper and the Invention of the Information Age