Trainer and Coach for Leadership and Communications, Haas School of Business 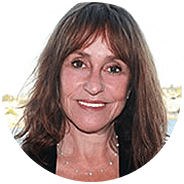 "The medium is the message."

For the past 30 years, Penelope (Penny) Kreitzer has worked as a communications consultant, executive coach and master voice coach in the corporate, academic and theater/film industries. Ms. Kreitzer's trainings come from an active learning, theater-based approach and the powerful dynamic that is created when the human element is explored and used to motivate and inspire.

Ms. Kreitzer's wealth of corporate and educational consulting experience has taken her into some of the world's most difficult environments. During the apartheid-era in South Africa, she engineered the first multi-racial program for teachers and principals (it took place in Israel because of South African governmental restraints), where she developed leadership skills and helped to restore the cultural damage that had impacted the community. Ms. Kreitzer has worked in the Middle East, United States and Africa, providing corporate leadership development and multi-cultural communication training to teachers and students.

Ms. Kreitzer is an award-winning actress and has performed extensively at The Berkeley Repertory Theater and the American Conservatory Theater (San Francisco) in plays such as "Angels in America," "Mad Forest," "Hecuba" and "Dancing at Lughnasa." She has been the voice and dialogue coach for the Academy Award-nominated documentaries "Regret to Inform" and "Promises." She is currently working on a one-woman show based on the life of the German painter, Charlotte Salomon.

Ms. Kreitzer has Bachelor's degree (honors) in Theatre and English Literature from the University of Cape Town, a Master's Degree in Theater from San Francisco State University, and a Voice and Speech Teachers' Licentiate Diploma from Trinity College, London.

A Look Inside the Communications Excellence program

A Look Inside the Communications Excellence program

WATCH VIDEO
VIEW MORE
VIEW MORE
VIEW MORE
I Agree
This website uses cookies as well as similar tools and techniques to understand the customer's experience while on our site. By continuing to use our site, you consent to our usage of such tools in accordance with our Privacy Policy.